Shrimpboat captain Minh Vo cries after waiting for over four hours for financial support from Catholic Charities in New Orleans East, LA on May 21, 2010. He received a $100 grocery check for his family of six. His wife was forced to find a job after his commercial shrimp boat was grounded because of the oil spill. The Vietnamese fishing community have struggled to survive after the shrimping industry shut down three weeks earlier after the BP oil spill in the Gulf of Mexico. 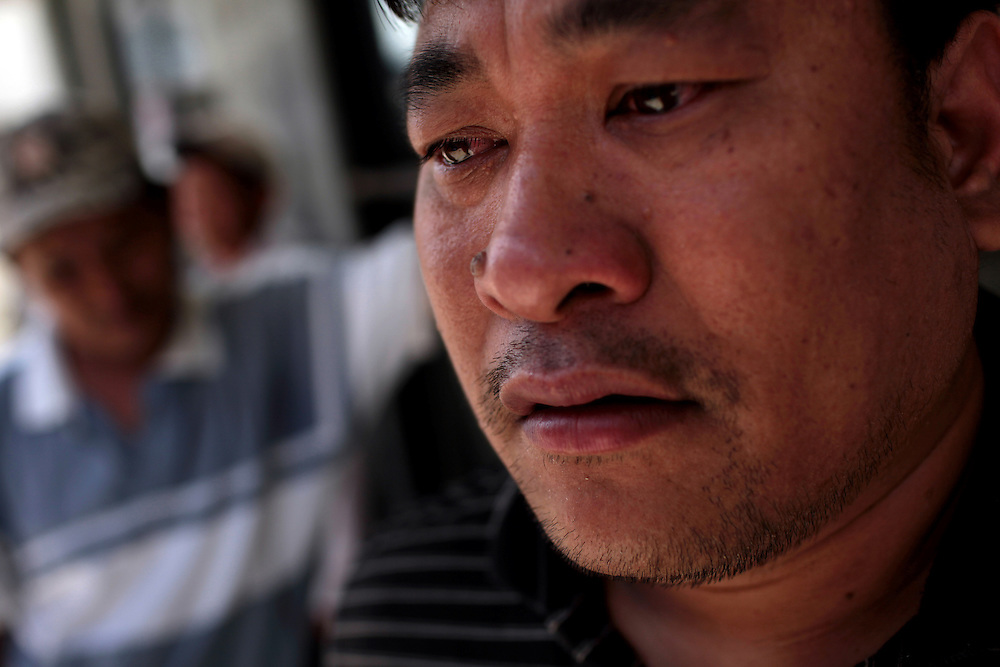