After shrimp season was closed because of the BP oil spill in the Gulf of Mexico, shrimp boat captain Minh Vo cooks Sunday lunch for his family while his son Quentin Vo, 2, watches at their home in Marrero, LA on May 23, 2010. By the time the $5,000 check from BP arrived, it was spent within days paying bills. Now the family of six don't know how to survive. Forced from his shrimp boat, Minh Vo began cooking, cleaning and looking after the children at home while his wife found a job in a nail salon two weeks earlier. 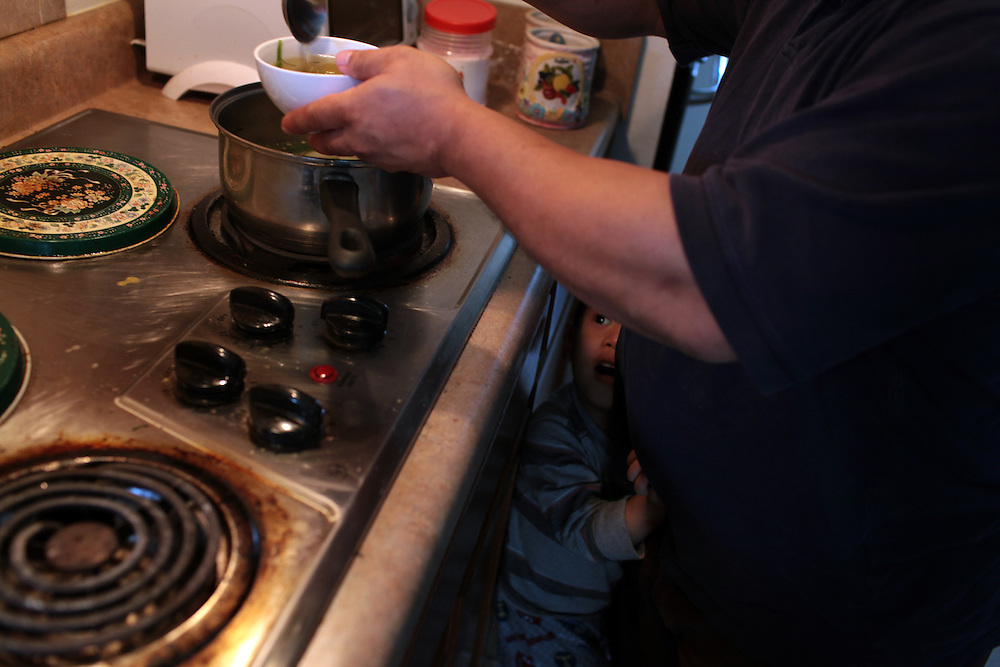